Waiting to Exhale is a 1995 American romance film directed by Forest Whitaker (in his feature film directorial debut) and starring Whitney Houston and Angela Bassett. The film was adapted from the 1992 novel of the same name by Terry McMillan. Lela Rochon, Loretta Devine, Dennis Haysbert, Michael Beach, Gregory Hines, Donald Faison, and Mykelti Williamson rounded out the rest of the cast. The original music score was composed by Kenneth “Babyface” Edmonds. The story centers on four women living in the Phoenix, Arizona area and their relationships with men and one another. All of them are “holding their breath” until the day they can feel comfortable in a committed relationship with a man. 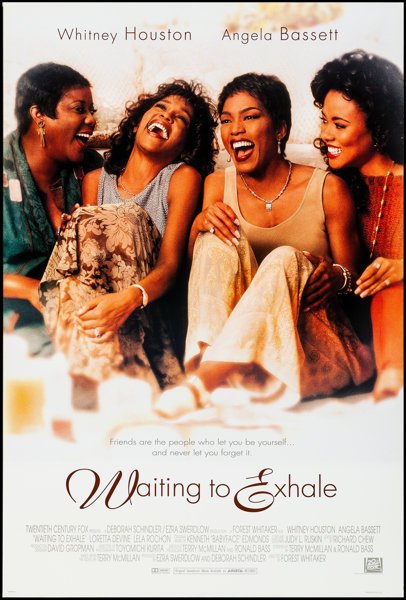 ON THE COME UP