The Preacher’s Wife is a 1996 American comedy-drama film directed by Penny Marshall and starring Denzel Washington, Whitney Houston, and Courtney B. Vance. It is a remake of the 1947 film The Bishop’s Wife, which in turn was based on the novel of the same name by Robert Nathan. It was nominated for the Oscar for Best Music, Original Musical or Comedy Score. The film was nominated for five Image Awards, including Outstanding Motion Picture, and won two—for Best Actress (Whitney Houston) and Best Supporting Actress (Loretta Devine). 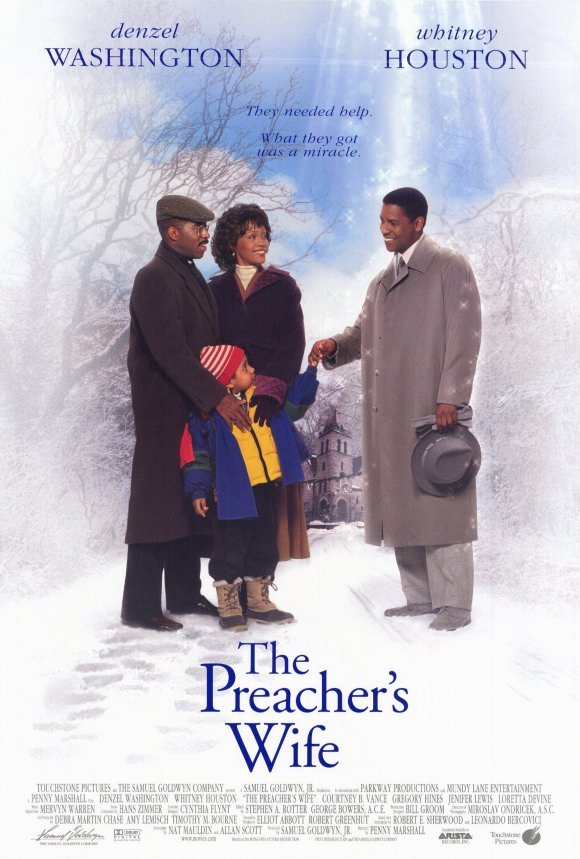