From Guggenheim and National Endowment for the Humanities fellow Wil Haygood comes a mesmerizing inquiry into the life of Eugene Allen, the butler who ignited a nation’s imagination and inspired a major motion picture: Lee Daniels’ The Butler, the highly anticipated film that stars six Oscar winners, including Forest Whitaker, Oprah Winfrey (honorary and nominee), Jane Fonda, Cuba Gooding Jr., Vanessa Redgrave, and Robin Williams; as well as Oscar nominee Terrence Howard, Mariah Carey, John Cusack, Lenny Kravitz, James Marsden, David Oyelowo, Alex Pettyfer, Alan Rickman, and Liev Schreiber.
With a foreword by the Academy Award nominated director Lee Daniels, The Butler not only explores Allen’s life and service to eight American Presidents, from Truman to Reagan, but also includes an essay, in the vein of James Baldwin’s jewel The Devil Finds Work, that explores the history of black images on celluloid and in Hollywood, and fifty-seven pictures of Eugene Allen, his family, the presidents he served, and the remarkable cast of the movie. 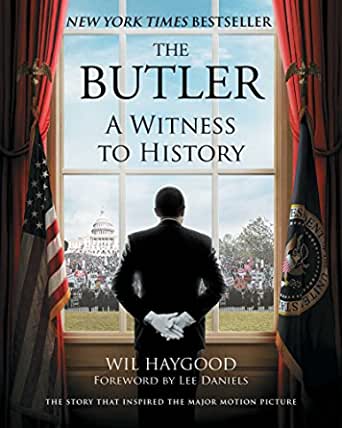 THE NO. 1 LADIES’ DETECTIVE AGENCY