Snowfall is an American crime drama television series, created by John Singleton, Eric Amadio, and Dave Andron, that was first broadcast on FX on July 5, 2017. Set in Los Angeles in 1983, the series revolves around the first crack epidemic and its impact on the culture of the city. The series follows the stories of several characters whose lives are fated to intersect: 20-year-old drug dealer Franklin Saint, Mexican luchador Gustavo “El Oso” Zapata, CIA operative Teddy McDonald, and a Mexican crime boss’s niece, Lucia Villanueva. The series, which was first set up at Showtime in 2014, was picked up by FX for a ten-episode season on September 30, 2016. On August 9, 2017, the network renewed Snowfall for a second season, which premiered on July 19, 2018. On September 19, 2018, the series was renewed for a third season, which premiered on July 10, 2019. On August 6, 2019, FX renewed the series for a fourth season which was originally scheduled to premiere in 2020. However, due to the COVID-19 pandemic, filming for the season was temporarily suspended. The fourth season is scheduled to premiere on February 24, 2021 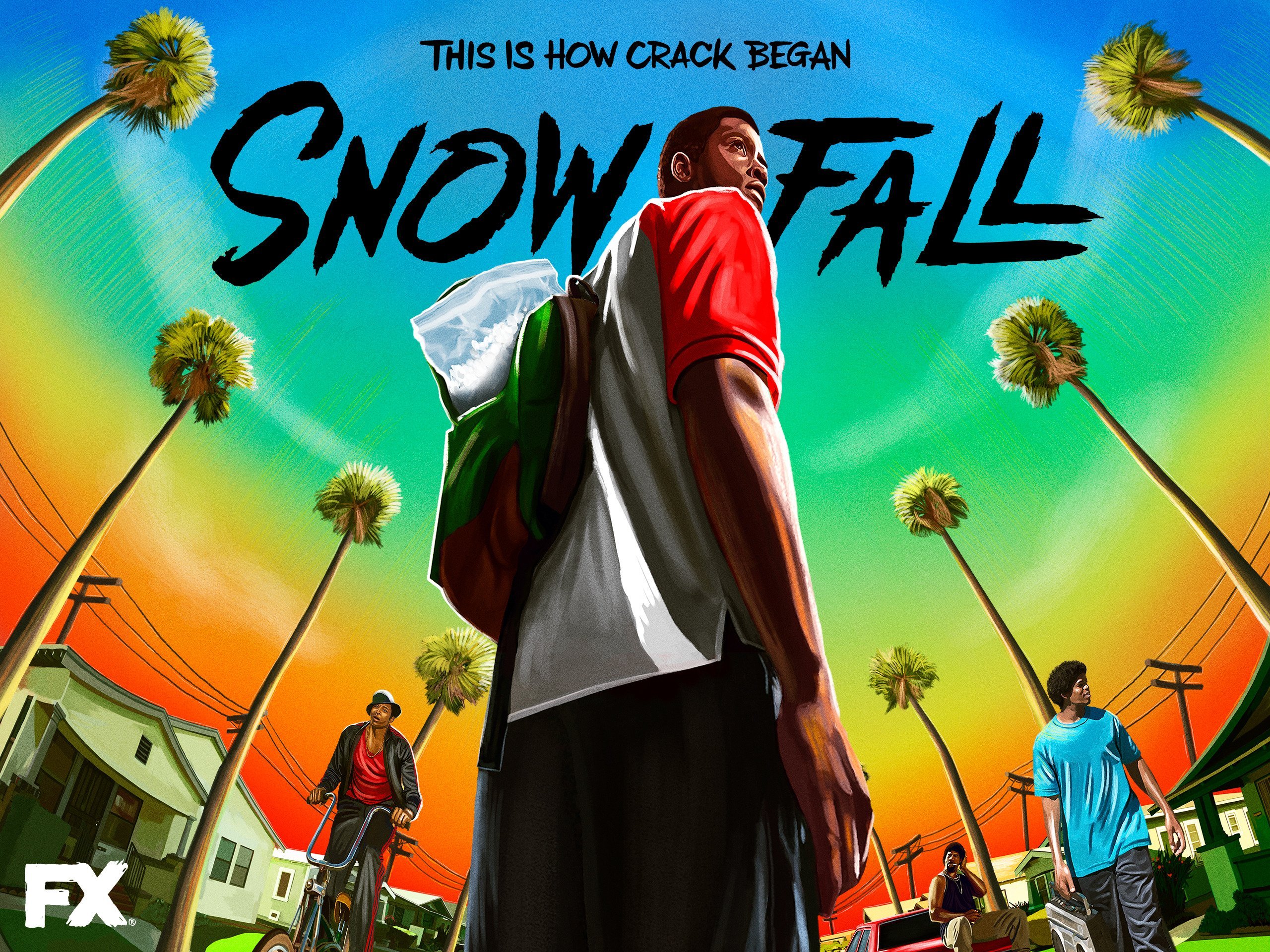