She’s Gotta Have It is a 1986 American black-and-white comedy-drama film written, produced, edited and directed by Spike Lee.[2] Filmed on a small budget and Lee’s first feature-length film, it earned positive reviews and launched Lee’s career. The film stars Tracy Camilla Johns, Tommy Redmond Hicks, John Canada Terrell and Lee himself in a supporting role. Also appearing are cinematographer Ernest Dickerson as a Queens, New York, resident and, in an early appearance, S. Epatha Merkerson as a doctor. The plot concerns a young woman (Johns) who is seeing three men, and the feelings this arrangement provokes. In 2017, Lee adapted the film into a Netflix series. 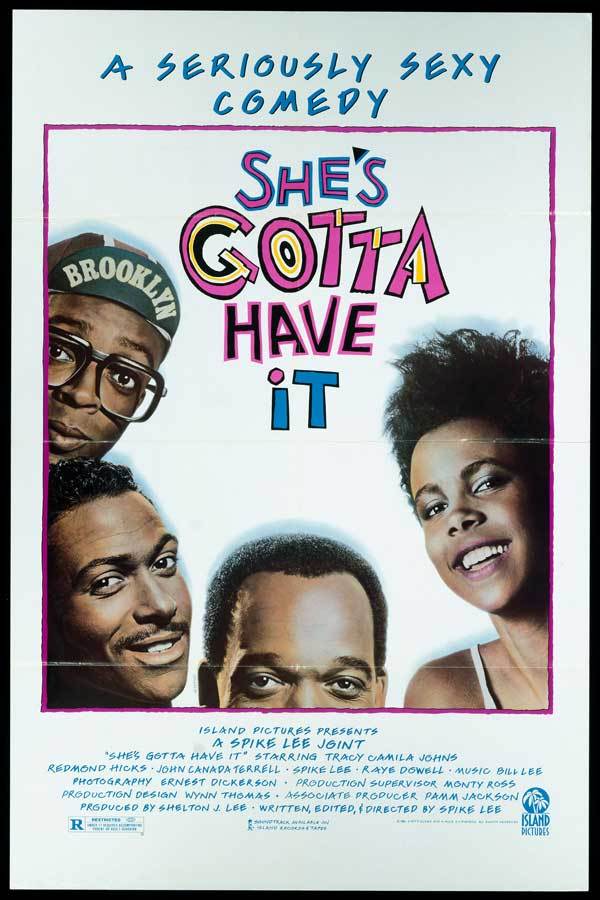