Mokalik (English: Mechanic) is a 2019 Nigerian bilingual comedy drama film produced and directed by veteran filmmaker Kunle Afolayan. The film stars newcomer Toni Afolayan in the male lead role along with Femi Adebayo. The film had its theatrical release on 31 May 2019 and received extremely positive reviews from critics while also performing well at the box office.[2][3] It was acquired by Netflix in July 2019 and was streamed on 1 September 2019.[4][5] The film has been included as a part of “Made in Africa” collection in May 2020 by Netflix to be streamed amid the global COVID-19 pandemic.[6][7] The film was also nominated for the Best Film category during the 2019 Durban International Film Festival. The film was also premiered in several film festivals. 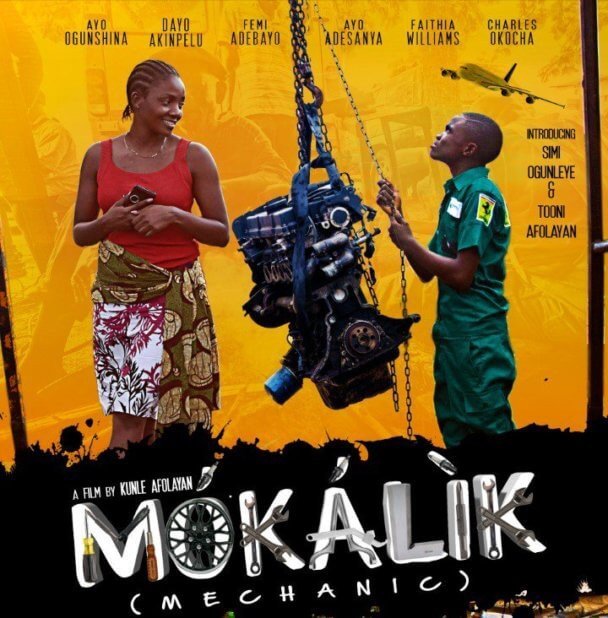