Love Don’t Cost a Thing (stylized as Love Don’t Co$t a Thing) is a 2003 American teen comedy film written and directed by Troy Beyer and starring Nick Cannon and Christina Milian. It also stars Steve Harvey, Kenan Thompson and Kal Penn. The film is a remake of the 1987 film Can’t Buy Me Love and takes its title from the Jennifer Lopez song of the same name. Alvin Johnson (Nick Cannon) is an extremely intelligent nerd skilled in designing car engines. He has also taken up a job as a pool cleaner, to raise money to buy a camshaft and to build an engine for a scholarship project that will ensure him a full ride to the school of his choice. Alvin has always dreamed of hanging out with the popular kids, especially Paris Morgan (Christina Milian), a beautiful, popular black cheerleader dating NBA star Dru Hilton (Elimu Nelson). When Paris crashes her mother’s expensive SUV during an argument with Dru, Alvin agrees to repair the car using the money he had earned for his project, jeopardizing his scholarship opportunity, in which Paris pays him back by giving him a $1,500 makeover. 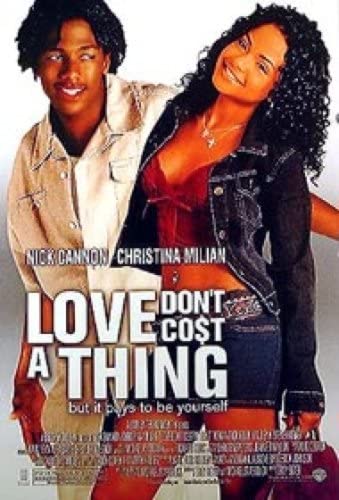 AKEELAH AND THE BEE

DIARY OF A MAD BLACK WOMAN