Jason’s Lyric is a 1994 American erotic romantic drama film, written by Bobby Smith Jr., directed by Doug McHenry, who co-produced the film with George Jackson and Marilla Lane Ross, and starring Allen Payne, Jada Pinkett, Bokeem Woodbine, Treach, Eddie Griffin, Lahmard Tate, Lisa Nicole Carson, and Forest Whitaker. Set in Third Ward, Houston, Texas, the film is a story about misunderstood young black adults learning how to deal with love and maturity. Jason (Allen Payne) is a responsible young man who has a job in a television repair shop and lives at home with his hard-working mom (Suzzanne Douglas). Joshua (Bokeem Woodbine) is the younger brother, who is just released from prison. Previously traumatized by his father, Joshua is a volatile, disturbed ex-con who is obviously bound for a violent end. Joshua deals drugs for short-term cash and joins a crew scheming a bank robbery. 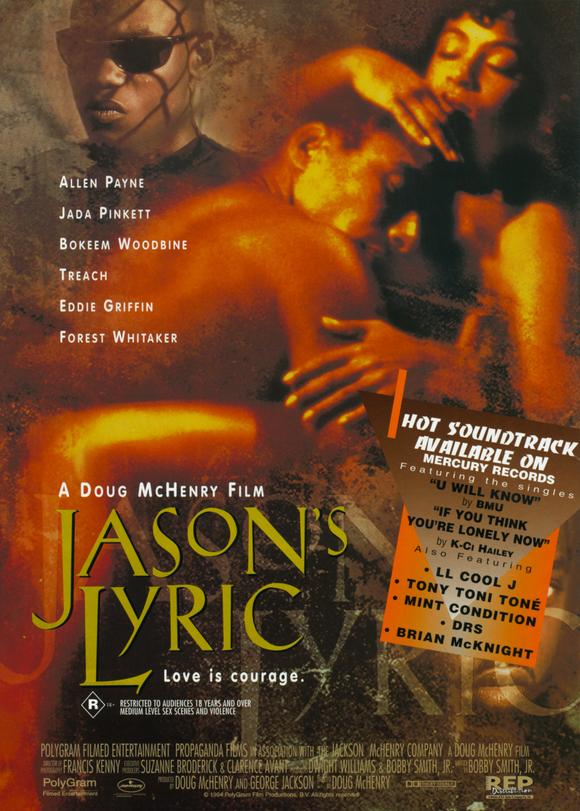 WHAT’S LOVE GOT TO DO WITH IT