Godfather of Harlem is an American crime drama television series which premiered on September 29, 2019, on Epix. The series is written by Chris Brancato and Paul Eckstein, and stars Forest Whitaker as 1960s New York City gangster Bumpy Johnson. Whitaker is also executive producer alongside Nina Yang Bongiovi, James Acheson, John Ridley and Markuann Smith. Chris Brancato acts as showrunner. On February 12, 2020, the series was renewed for a second season. A docu-series based on the series titled By Whatever Means Necessary: The Times of Godfather of Harlem premiered onNovember 8, 2020. 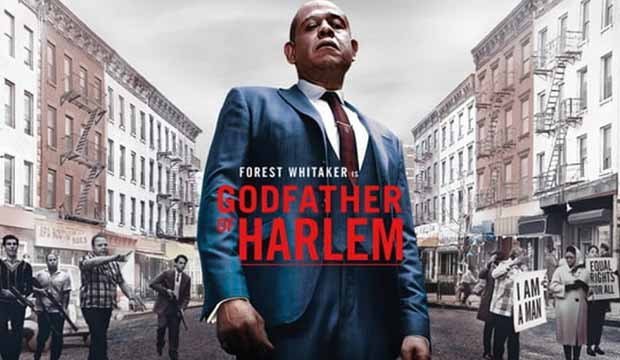