Gidi Up is a Nigerian television and web drama series starring OC Ukeje, Deyemi Okanlawon, Somkele Iyamah, and Titilope Sonuga in lead roles. The series was created by Jadesola Osiberu and executively produced by Lola Odedina. It is produced by Ndani TV and sponsored by GTBank. Due to unknown reasons, the show was not picked up for a third season. The show was cancelled after 2 seasons. Episodes are first aired online through Ndani.tv web channel, and the first episode was aired on 20 February 2013. The series follows the lives of four young adults (Obi, Tokunbo, Eki and Yvonne) who are pursuing success and independence in the city of Lagos, revealing the challenges they are faced with at every step of the way in their quest to achieve their dreams. The title of the series is culled from the popular term “Las Gidi”, a nickname for Lagos city 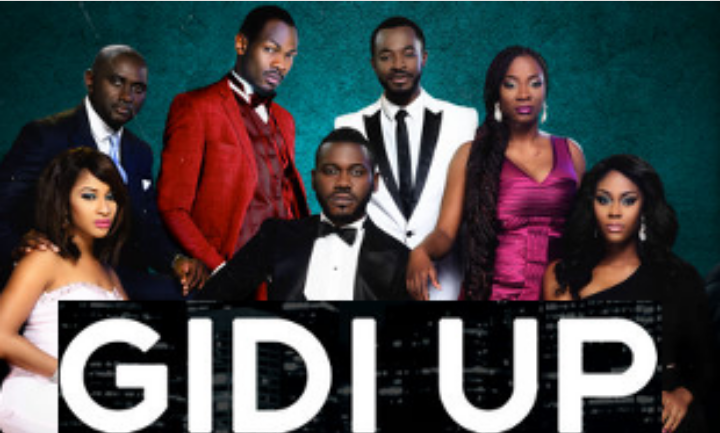