Ghost Dog: The Way of the Samurai is a 1999 crime film written and directed by Jim Jarmusch. Forest Whitaker stars as the title character, the mysterious “Ghost Dog”, a hitman in the employ of the Mafia, who follows the ancient code of the samurai as outlined in the book of Yamamoto Tsunetomo’s recorded sayings, Hagakure. Critics have noted similarities between the movie and Jean-Pierre Melville’s 1967 film Le Samourai. The film opened to largely positive critical reception,and was nominated for both an Independent Spirit Award for Best Feature and a Cesar Award for Best Foreign Film. 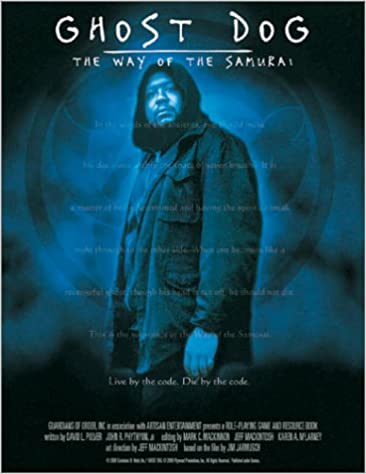