Blindspotting is a 2018 American comedy-drama film written by, produced by and starring Daveed Diggs and Rafael Casal.[2] Carlos López Estrada directs while Janina Gavankar, Jasmine Cephas Jones, Ethan Embry, Tisha Campbell-Martin, Utkarsh Ambudkar, and Wayne Knight also star. The plot follows a parolee with three days left on his sentence, only to have him witness a police shooting that threatens to ruin a lifelong friendship. Casal and Diggs, childhood friends in real-life, wrote the screenplay in the mid-2000s, initially to speak for the city of Oakland which they felt was often misrepresented in film. After years of delays, the pair’s schedules finally allowed them to make the film, with principal photography beginning in June 2017. 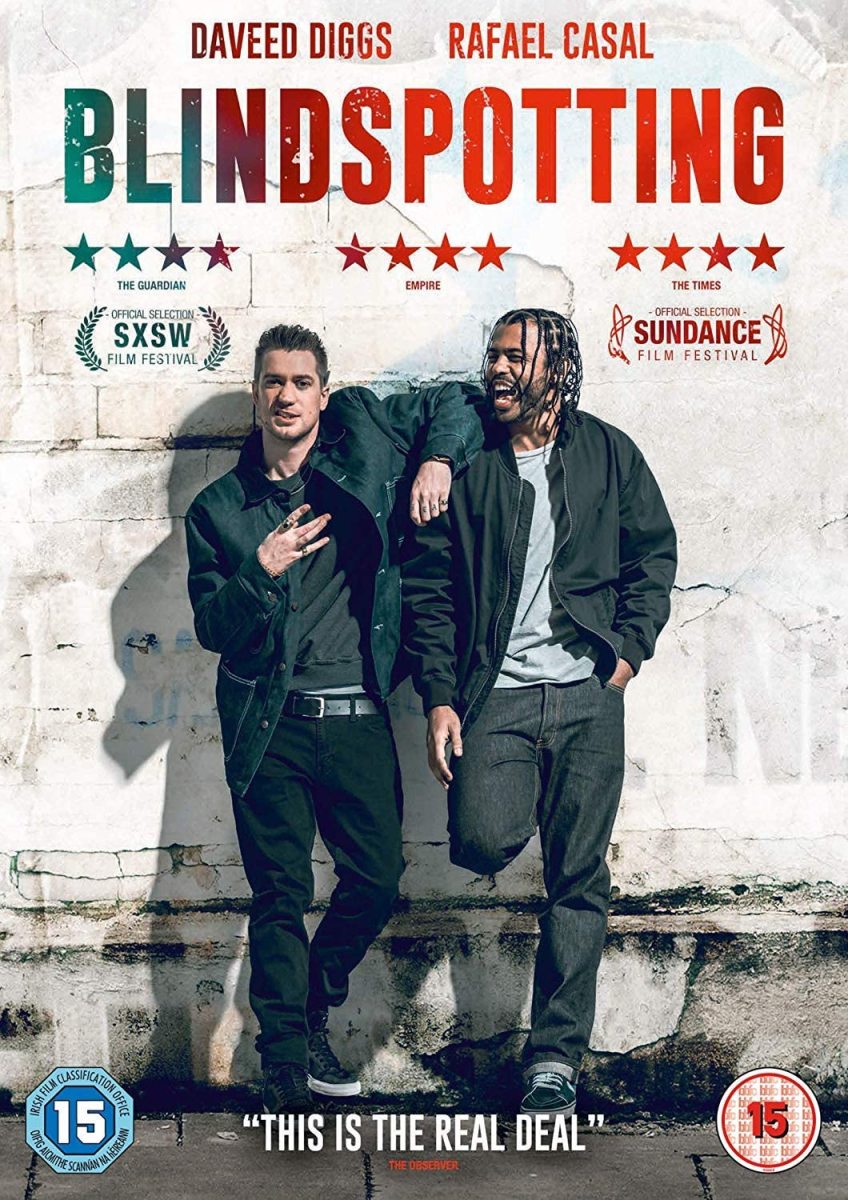