BlacKkKlansman is a 2018 American biographical black comedy crime film directed by Spike Lee and written by Charlie Wachtel, David Rabinowitz, Kevin Willmott and Lee, based on the 2014 memoir Black Klansman by Ron Stallworth. The film stars John David Washington as Stallworth, along with Adam Driver, Laura Harrier, and Topher Grace. Set in the 1970s in Colorado Springs, the plot follows the first African-American detective in the city’s police department as he sets out to infiltrate and expose the local Ku Klux Klan chapter. The film was produced by Spike Lee, Raymond Mansfield, Shaun Redick, Sean McKittrick, Jason Blum, and Jordan Peele. QC Entertainment purchased the film rights to the book in 2015. Lee signed on as director in September 2017. Much of the cast joined the following month, and filming began in New York State. 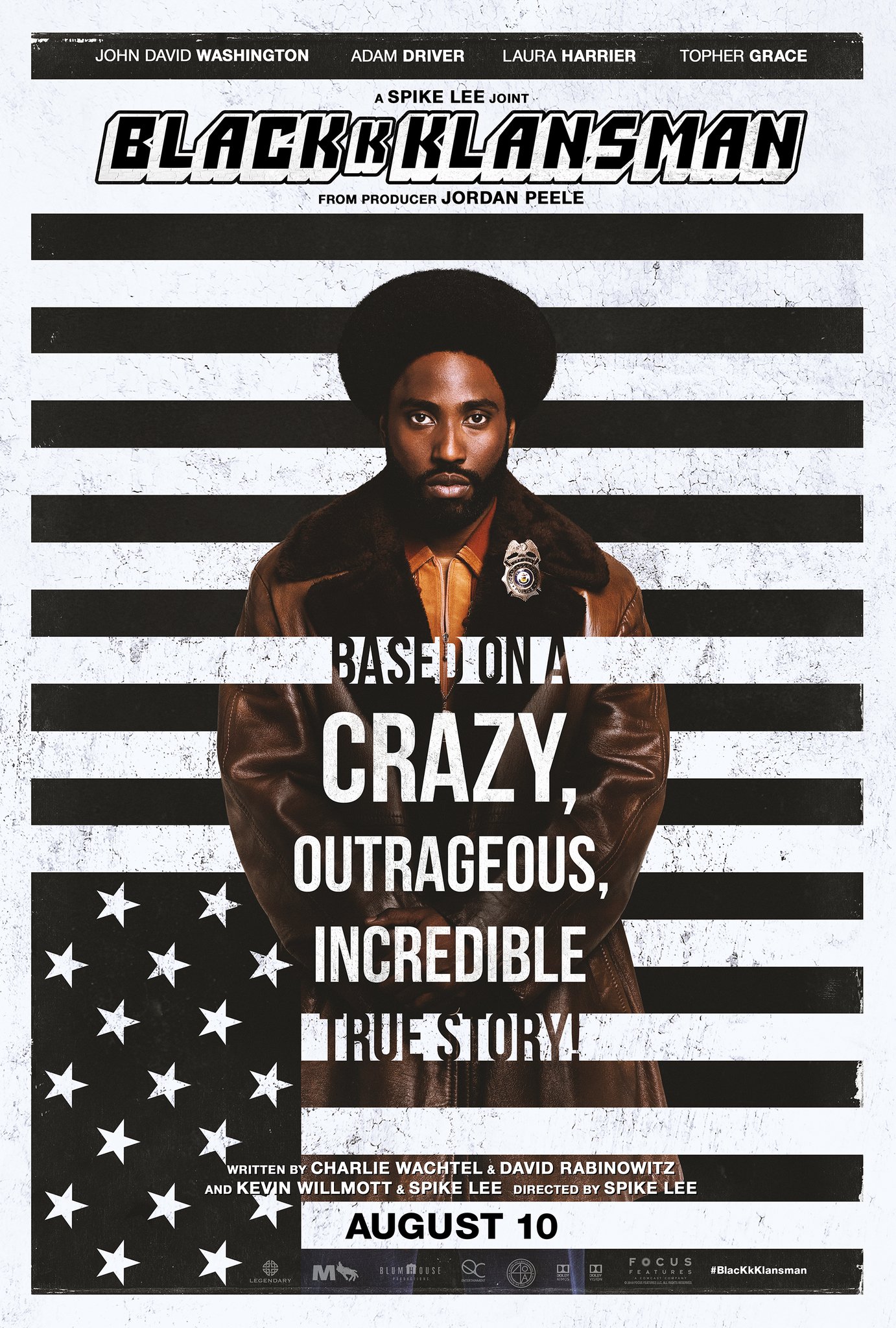